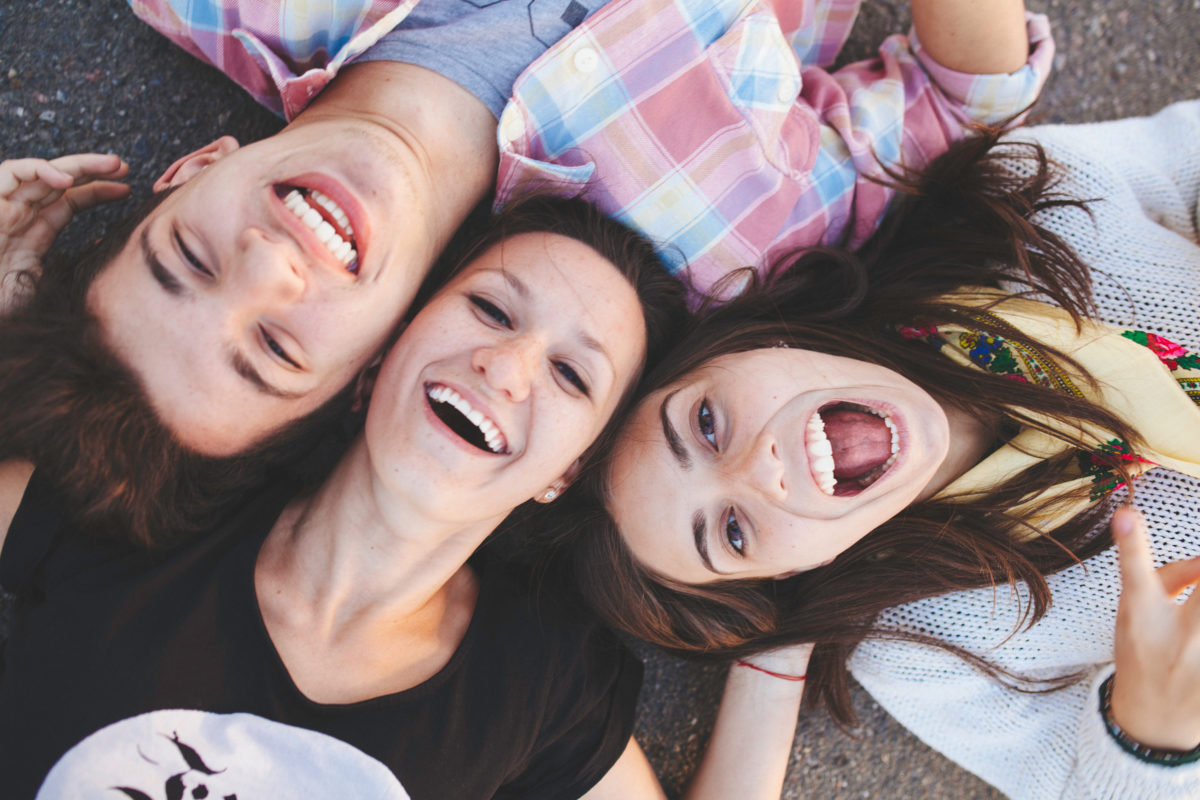 For everyone who is or was a teen, here are some scientific explanations for why they behave that way.

All teenagers take stupid risks that they one day look back on and wonder what the heck they were thinking. But studies have found it is not because teens aren’t thinking about the risks involved—it’s because they think about them longer than adults.

Yes, that’s counter-intuitive. But think of it like this: If you are on a diet and see a piece of yummy chocolate cake, are you more likely to eat it if you just glance at it, remember you are trying to eat healthy, and walk away, or if you sit there and mull over the pros and cons of eating it? The latter, obviously.

It’s the same with the teen brain. Our brains take a lot longer to fully form than was previously thought. In teens, the frontal lobe (where our decision making happens) is not as connected to the rest of the brain as it is later in life. This means teens literally cannot come to a decision as fast as an adult. Teens take an average of 170 milliseconds longer to go over the consequences of a decision, which in turn makes them more likely to decide the risk is worth it.

2. Giving in to Peer Pressure

Adding friends to the mix makes it even harder for teens to avoid taking risks.

Adults wonder why their kids’ friends can influence them so much. That’s because once you are an adult, your brain has quite literally grown out of it.

One study using MRI scans on adults and teens showed that their brains reacted very differently to the presence of friends when making a decision. It found that teens who would not take risks when alone or with an adult were far more likely to take risks when their friends were watching. The scans showed that the reward center of the teen brain became much more active in the company of their peers. In college students and adults, however, the reward center’s activity remained at a constant level no matter who was watching.

This means that teens, when spending that tiny bit of extra time deciding what choice to make, are also fighting against the overwhelming internal drive that tells us to do things that feel good. As the brain develops in adulthood, however, that connection ends and we end up getting no extra good feeling from taking risks in front of our friends.

While teens may look more like adults than kids, to a neuroscientist their brains resemble a child’s. That’s part of the reason teens suddenly start acting like toddlers again around age 14. While their bodies are aging, their brain is rearranging itself in a way that temporarily makes it act the same way it did when they were younger.

When scientists looked at how teenagers’ brains functioned while they were distracted during an assigned task, they found a large amount of activity in that darn frontal lobe again, far more than they would in an adult. Teens have too much active grey matter in that area, something that decreases as we get older. This means their brain is trying to take in and process everything going on around it, literally overloading them. The more streamlined adult brain works more efficiently, making concentrating on one thing much easier.

But if you are in your twenties and have been feeling cocky up until this point, it’s important to note that this chaotic brain makeup doesn’t completely settle down until your early thirties.

If teens seem to not care about other people’s feelings or seem to flip out over nothing, it might not be because they are drama queens. Studies have found that teens have a much harder time correctly interpreting vocal inflection and facial expressions from other people, and so they sometimes react irrationally to emotional situations.

One study showed teens and adults pictures like this:

What emotion do you think that woman is feeling? If you’re not a teenager you probably answered fear, just like every single adult in the study did. But while some teens identified fear, 50% of them saw anger, or even shock. All of the participants were hooked up to MRI machines while they looked at these images, and an analysis of the scans showed that adults and teens used two completely different parts of their brains to come to a decision on what emotions the people were feeling.

The teens were using a part of the brain called the amygdala, which largely controls emotions, while the most active part of the adult brain was the part controlling logic and reason. That means that if you are expressing an emotion—say, disappointment—a teen’s brain has a 50% chance of misinterpreting it as a different emotion, like anger. Then, since the emotional part of their brain is already active from making that (incorrect) judgment, they become more likely to react irrationally and over the top.

Parents of teens often wonder what happened to the bright child they used to have. How can someone go from getting A’s to getting C’s when they seem to be doing the same amount of work? Once again, changes in the brain are to blame. While the merits of IQ tests are debatable, scientists used to think IQ stayed the same over one’s lifetime. Now it turns out that number can fluctuate widely in adolescence.

All the extra grey matter we talked about starts to die off as you get older. When you are young, that grey stuff has lots of extra synapses that help your brain store and process information. But as you age, your brain starts killing off the bits that don’t get used as often. Scientists used to think there was only one major “surge” of synapse “pruning” when we were children, but brain scans of teens have shown that one just as large happens at the beginning of adolescence.

This makes sense biologically; why should your brain waste energy remembering things that aren’t very necessary to your day to day life? It’s one of the reasons that younger children can learn a second language much faster than adults; they have more synapses to store that information. And if they keep speaking that second language often enough, they will remember it the rest of their lives.

But if there is a subject they didn’t concentrate so hard on, like math, suddenly they start forgetting things they used to know because the brain is deleting that information.

* * *
At this point, we’re shocked anyone makes it to age twenty. Or as Mark Twain said, “When a child turns 12, he should be kept in a barrel and fed through the bung hole, until he reaches 16 … at which time you plug the bung hole.”

Youth Dynamics of Montana29 minutes ago
“Isolation during lockdown was meant to protect. But for some, isolation proved to be deadly.”

Domestic violence has surged around the world during the Covid-19 pandemic
France saw a 42% year-on-year jump in the number of domestic violence interventions during lockdown. In Venezuela, there was a 65% increase in femicides for the month of April compared to the same month in 2019. Calls to a women’s hotline went up more than 500% in Uganda. The Covid-19 pandemic is ...
cnn.com
1    View on Facebook

Youth Dynamics of Montana13 hours ago

Youth Dynamics of Montana1 day ago