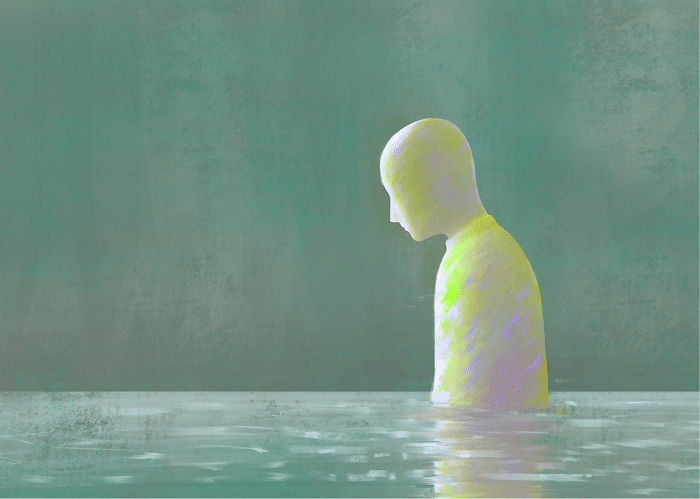 The statistics associated with men’s mental health in our nation are hard to grasp. What if I told you that 75% of all suicide victims in the United States are men? Would it shock you? How about the fact that the leading cause of death among men is the entanglement of depression and suicide? I kid you not, before heart disease, accidents, or cancer, both suicide and depression kill men at a greater rate.

It’s a tough pill to swallow, the silent epidemic of mental health issues growing among men in the United States. I say silent because it’s a topic rarely spoken of, swept under the rug at both the individual level and by society at large. The truth is, regardless of your views on gender and culture, it’s hard to dispute the facts- those hard numbers which back the heartbreaking crisis that’s building amongst men in our nation.

It’s an interesting thing, really, that men’s mental health would be such a taboo topic. As if men are somehow less than human, infallible and not subject to the same anguish as the rest of us. But truthfully, there is a clear undertone in society, an unspoken word that clearly says it’s not okay for men to be vulnerable, to be sad, to struggle emotionally.

Perhaps it was birthed from traditional gender roles. Roles which say that men are supposed to be strong, they’re supposed to hold it all together and provide for their spouses, their children, and their families. Truth be told, I would be lying if I said my own notion of manhood wasn’t built around that framework.

Growing up, my father worked hard to provide for my family. It was important to give us the life he had growing up, to create every opportunity for us to be successful. He worked three jobs as an emergency physician, often requiring several twenty-four hour shifts at the hospital each week. It wasn’t unheard of, dare I say even “normal”, for him to work eighty or more hours per week. While he often looked tired, rarely did I ever see any other display of internal anguish, anything that would hint that he was any less than a machine.

But men aren’t machines, they’re people. People with real emotions, real struggles, and real limitations. It wouldn’t be until my later years that my framework of manhood would be challenged, really violently disrupted.

I remember the quivering in my father’s voice the night he called to tell me of my sister’s accident. Experiencing his fear surrounding our loss during the dot-com bust. The heavy look in his eyes after he separated from my mother. And, most importantly, his stubborn, unwavering support, sometimes to the point of unreason, for those he cared about most.

It turned out my father wasn’t infallible, he had his demons to grapple with and was subject to the same, very human emotions born from grief as the rest of us. However, while the unwritten word of society says that these human characteristics are something to be kept hidden, I gained a much deeper respect for him after watching him navigate through the tumultuous periods of his life.

Truth be told, men’s mental health is much bigger than our frameworks of masculinity and the scale of emotions that we all experience. After over a decade of working in the field, I can tell you that I’ve seen the gamut.

Without question, mental health struggles among men are common place. Just like woman, men fight the demons born from trauma, the deep-seeded sadness brought on through life’s difficulties, and the anger stemming from unprocessed grief.

So, what if we dropped the stigma and rebuilt our frameworks surrounding men’s mental health? It’s hard not to wonder if there isn’t some correlation between suicide and depression as a silent killer among men and the unspoken rule that they must remain emotionally strong.

We challenge you to drop your defenses and unpack that logic for a moment. Truthfully, letting go of our preconceived notions of manhood has the potential to save lives. It’s the stigma surrounding men’s mental health that prevents them from seeking support and treatment.

So, whether you’re a man who’s struggling, a parent to a sensitive little boy, a daughter to a strong father, or a woman who carries a man close to her heart, we all have something to gain from bringing down the walls surrounding men’s mental health.

The time is now to start talking about this important subject. Together, we can make a difference in the lives of our sons and future generations to come, one conversation at a time.