It Almost Broke Me. Confessions of a Foster Care Worker 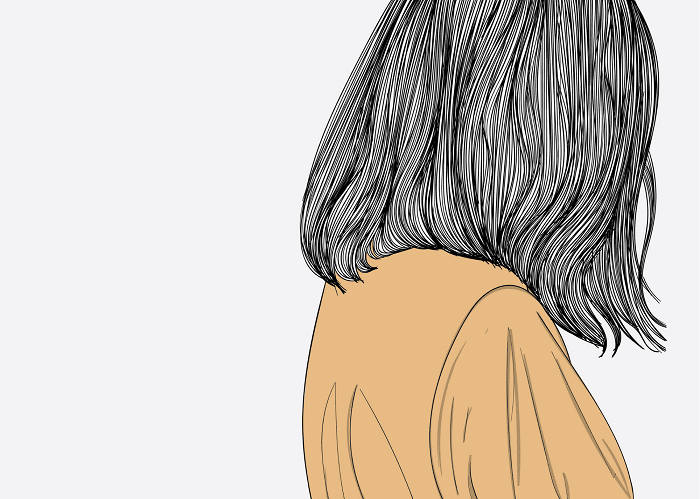 By now, many of us have heard the statistics about kids in the Montana foster care system. The momentous problem has come well to the attention of the media, with advocates and organizations alike hitting the pavement in desperation to find solutions to help our state’s most vulnerable population.

At any given time, roughly 3,000 kids will be in our state’s foster care system. A number that at one point had increased over 80% since I started my career in children’s services a little over seven years ago.

I remember it was Christmas Eve and a frigid winter evening. The day had gone by fast, I had been busy moving a child out of a foster home and into a local shelter. It was heartbreaking. Where I usually had the ability to numb out the difficult things I was exposed to at work, for some reason this was different. This one hit me hard.

Drew was an older child by foster care standards, nine years old. Typically, when kids get over the age of five or six, families aren’t interested in bringing them in anymore. It’s actually pretty sad, as if the day you turn seven you’re somehow no longer worthy of love or care.

As the story so often goes, Drew had been kicked out of his foster home earlier that day. The foster family struggled with him because he was classified as “defiant” and didn’t seem to be fitting in well after a couple weeks of placement. Drew had recently been discharged from a group home, and had moved around much too often for his short little life.

After getting him situated, I went to leave for the night. I remember, I had dinner plans, which I was running late for. As I went, he followed me out to the front porch and started to cry. He was a boy of few words, somewhat emotionally detached, so I was caught off guard by his sudden display of emotion. He got on his knees, face full of tears, and begged me not to leave him at the shelter.

What was I supposed to say? My hands were somewhat tied, I had no options. It was a feeling of utter powerlessness. I tried to explain, as if one could explain a lack of homes, social work boundaries, and the red tape of the system to a crying, homeless, nine-year-old boy.

I sat with him another fifteen or thirty minutes on the porch. Inconsolable, as if the reality of the last several years of his little life had hit him all at once, he begged me to find him a home that would love him. Or, as he put it, at least a home that would keep him.

It was at that moment that I knew something had to change, this wasn’t right. The reality is, Drew was one of 2,200 kids at the time, today toppling over 3,000, in care. Sadly, too many of these kids will move around from one home to another in their battle to find a permanent, loving placement.

During my time working in the field, it wasn’t uncommon to work with kids who had fourteen or more placements during their time in care, many of which lived in multiple communities across the state.

When I first started at YDI, I naively took a job working as a children’s mental health case manager and foster parent licensing worker. I say naively because the bulk of my experience was working in adult mental health, so I didn’t have much exposure to the foster care system. The scope of the problem was vastly unknown to me. There is an enormous difference between navigating the adult and children’s social service systems.

It’s sort of funny really, as if people turn eighteen and they become a different person. Those children in care, like Drew, become adults, still worthy of support. And, in fact, many of the kids who end up in the foster care system will go on to repeat intergenerational trauma they’ve experienced. Sadly, a notable 30% of those in care will end up abusing their own children.

Working on both sides of the system, there’s most certainly an opportunity to prevent the suffering that Drew experienced that night. This could be done through creating more cohesive mental health supports across the lifespan, through community education, and through awareness building to prevent abuse, breakdown stigma, and create homes.

As unsettling as my experience with Drew was, I left that night with a renewed sense of purpose. I was going to make a difference; no child should have to experience what this child had that night. So, for the next six years, I committed my life and career towards spreading awareness and creating more homes for children in need. I reached out to the media and ended up on the news over 100 times, traveling the state to talk about foster care.

Eventually, I would move on to aid in the rebirth of our therapeutic foster care program, leading a team of five to license hundreds of homes. It was a drop in the bucket though, there never was enough homes. It felt, sometimes, like I was swimming upstream. There were thousands of kids just like Drew who were entering the system each year.

The stigma surrounding foster care was so thick that I sometimes felt like I was suffocating. There was stigma surrounding the kids in care. People were afraid to bring teens into their home, with many thinking that the kids somehow did something to deserve their entry into the system.

Foster parents had stigma around birth parents too, many times being unable to support the reunification that kids so often desperately wanted. It was as if somehow it was worth punishment that a child would still love their mother or father.

There was also stigma against foster families. Many people felt that they were only in it for the money or were set out to abuse the kids in their care. As if people couldn’t understand that most often foster parents were good people, who just needed the support and tools to care for the too often, severely traumatized children in their care.

Today, I work exclusively in a marketing and communications role at Youth Dynamics. Through building awareness, I’m really able to do the macro level work that I hold so dear to my heart.

In regards to the foster care program, it was an honor to pass the torch on to the newly appointed Associate Clinical Director of Therapeutic Foster Care, Angie Hildebrand, a year ago. The program had been built, but it was time to strengthen its bones and give it the full-time clinical attention that it so desperately deserved. However, that being said, the vivid memory of that night with Drew has never left my heart.

If there’s anything I can tell you, it’s that one person truly can make a difference, even if it’s just in the life of one child. In reality though, thousands of children in Montana desperately need our help today.

You can change a life and those of generations to come. If you’re called to make a difference, please contact us today to open your home to a child in need.

All details and identifying information in this story have been changed. We would like to express our deepest sentiments towards all those who have been in our care. We would also like to express our gratitude towards the social workers who dedicate their lives to ensure the emotional and physical safety of the children they’re charged to care for. By any definition, you’re true superheroes.