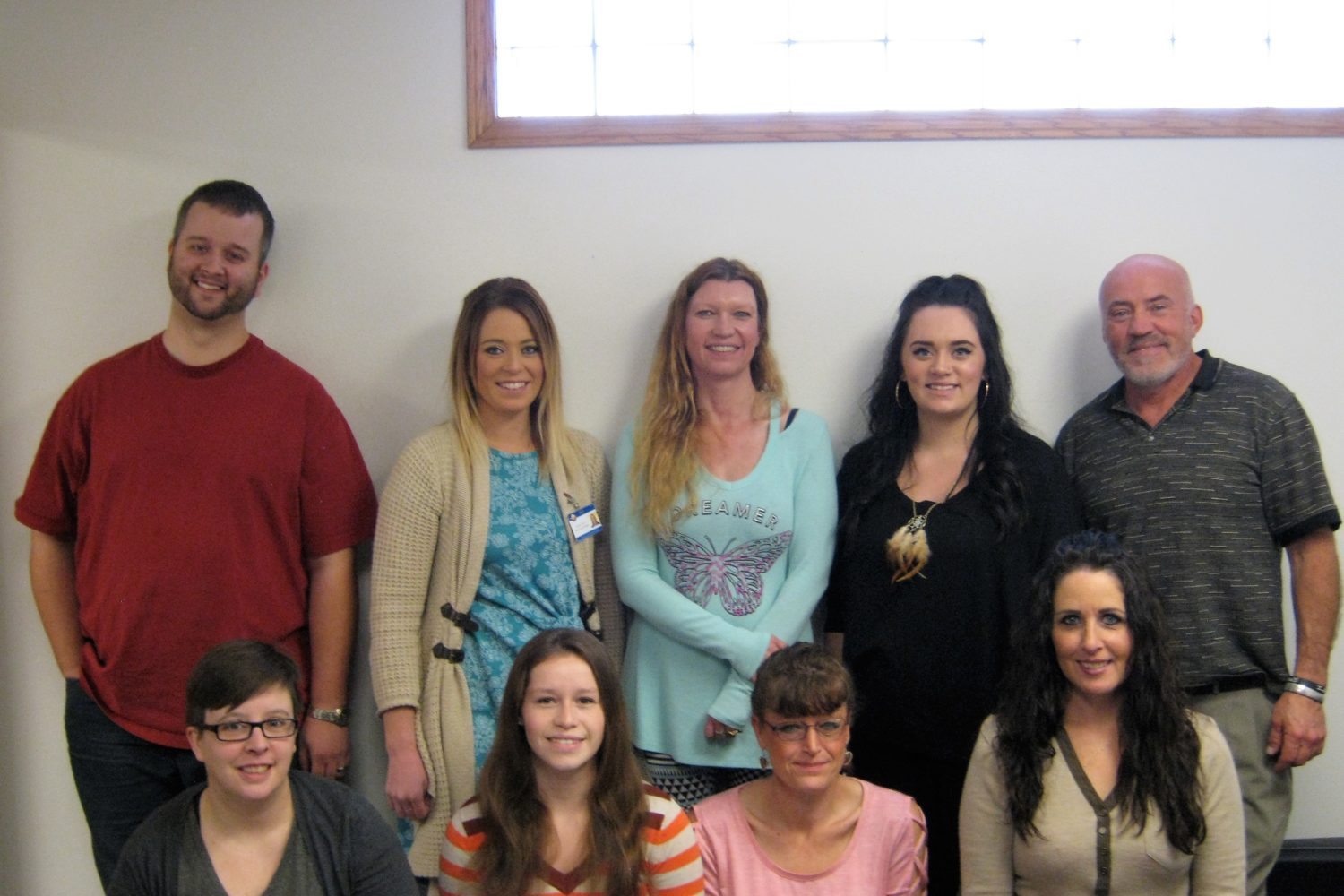 We make suggestions and the family can take it from there

Conflicting viewpoints, sarcasm, raised voices and teenage defiance punctuate an interview about how one local non-profit is working to improve family life, and this says the case worker, is a family showing big signs of improvement.

Youth Dynamics Case Manager, Billie Jo Pew, invited a local family to join her for an interview at the Ranger-Review to draw attention to the types of struggles families face in the community.

“Our company itself works with 1,200 children right now and over 2,000 children in the course of a year across Montana,” Pew said.

Pew’s primary client in this case is fourteen-year-old high school freshman Alex Brink. Alex and sister Kaydie Brink, 15, have both worked with Pew and Youth Dynamics.

Alex ticks off his issues like a grocery list: “anger issues, back talking, attitude, fighting with my sister and hitting things.”

Life in the blended family is challenging.

“We’ve worked with the family on using coping skills so they aren’t arguing with mom, step-dad and each other,” Pew said.

Michael Hulse says without the help provided by Pew, Alex would have been shipped off to live with his father in California.

“That wouldn’t be good for anyone,” Meagan said.

Pew said bouncing back and forth between parents in different states contributed to the family’s struggles.

“They would go down to their dad’s and totally forget all the rules we had laid out,” Meagan said.

But difficulty communicating goes both ways.

“Two witnesses, three different stories,” Michael says to describe how he and the children differ in how they perceive things.

“He’s very loud and has no control over the tone of his voice,” Kaydie says of her step-dad. “He always sounds like he’s shouting.”

“He gets grumpy about the small stuff and ignores the big stuff,” she said.

Meanwhile, Kaydie says her brother is a constant source of irritation to those around him.

“Alex is always picking fights with everyone,” she said. “He always yells and takes things differently than they are intended. Oh, and he always makes a lot of annoying noises,” she says as Alex nervously clicks a pen on the table top.

Yet Pew says the fact this family is sitting around a conference table speaking openly, honestly and for the most part respectfully about their differences is a huge sign of progress.

“We go into the home, which shows us the home environment and anything we need to work on. We try to provide strength-based individual care,” Pew said.

This often involves sitting together at home and talking through everyone’s differing viewpoints, she explains. Pew gets the different points of view, she asks about the child’s best behavior and worst behavior and then works with the kids to address the issues.

“Our families have the biggest voices in their treatment plans. In the process we suggest whatever other actions they can take to avoid confrontation,” Pew said.
“We make suggestions and the family can take it from there.”

The one thing everyone seems to agree on is the process is working – at least to some degree.

But Kaydie says it’s more than that.

“The whole program has helped me be more patient and not as irritable,” she said.

Alex also thinks he’s doing better, but he also pushes back against his sister’s characterization of him.

“Everyone at school likes me,” he says. “I have better grades than she does.”

Here step-dad Michael jumps in to agree with Alex.

“As conflicts at home have gone down, his grades have gone up exponentially,” he said.

As for the future, Pew agrees with Kaydie’s assessment of herself.

“She was making progress so we decided to focus on Alex to make more progress with him,” she said.

In fact, Meagan says Alex was just signed up for another round of services, which means more visits from Pew and more talk about coping skills.

“What we are working on with him is learning what we consider bad attitude in terms of voice and action and learning to regulate himself,” Meagan says. “And doing what we expect without fighting us.”

Alex thinks he has learned a bit. For one thing, he says when he stays with his father, he doesn’t get thrown off by different rules and expectations. And he has his own version of taking five.

“I take five minutes and forget the entire conversation,” he said.

During the interview Alex reminds Meagan that he has to help a friend deliver newspapers on Wednesday after school.

“That’s progress,” Meagan says. “He really struggled with socialization when we moved here (about four years ago).”

The family even disagrees about whether living in Glendive is good or bad. Michael and Alex agree they’d happily move on; Meagan and Kaydie are more comfortable here.

“It’s been good,” Meagan insists. “If we hadn’t been here we wouldn’t have gotten involved in this program and made so much progress. It’s been a blessing.”

Do you know a child in need of support?  Youth Dynamics is located in 20 communities across Montana and serves all locations within a 60 mile radius of each community office.  Contact us today to learn more or to get a child involved.

Youth Dynamics has been providing mental health services in the Glendive area for 23 years.  You can reach our Glendive office by contacting us through our website, calling 406-377-4942, or stopping by our office at 606 N. Merrill Ave, Suite 2 in Glendive, Montana.

This article originally appeared in the Glendive Ranger-Review on March 2, 2018 and was written by Chad Knudson.

We would like to thank the Ranger-Review for the amazing work they did on this piece.  We would also like to thank everyone who participated and helped to make this story happen.

Youth Dynamics of Montana12 hours ago

Youth Dynamics of Montana23 hours ago

Youth Dynamics of Montana2 days ago
"Self-care is not an indulgence. Self-care is a discipline. It requires tough-mindedness, a deep and personal understanding of your priorities, and a respect for both yourself and the people you choose to spend your life with."