The year my brain broke 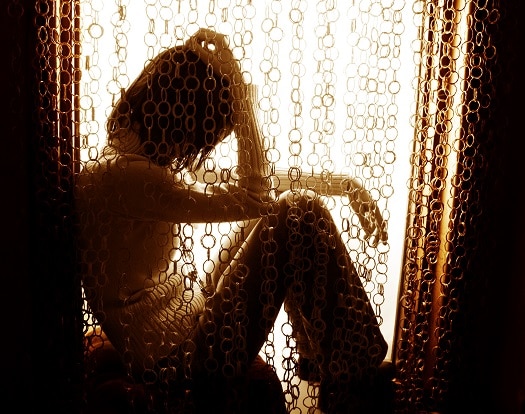 I was a newly registered psychologist when my brain broke.

On maternity leave from my job in child protection I had what my psychiatrist later explained as a “break from reality” – a psychotic depression. It was a softer way of saying: “I lost my f—cking mind”.

While all the moms in my mothers’ group punctuated their weariness with “ah well, he’s lucky he’s cute”, when I looked at my baby I saw a collision of features that didn’t really make any sense. My son didn’t seem “adorable” or “beautiful” or any of the words other moms used to describe their little ones. He appeared foreign and far away – a face of shapes I couldn’t really make out.

Some days, I took pictures of my shoes with my phone, just to prove I still existed. Other days, I looked at my hands, resting on the pram, and tried to work out if they were mine. How do you explain to someone that your hands don’t feel as though they belong to you?

I cradled the secret shame of my sadness, my psychosis, for months before crumbling in a puddle of hot tears in my GP’s office, my son crawling, oblivious, at my feet. Suicidal and barely able to function, I was desperate. I wanted to die but I hadn’t finished living yet, either. I felt paralyzed, suspended somewhere between life and death – and the pain was too much to carry alone.

My doctor referred me to a psychiatrist, a man who noted my training and asked, “Have you tried any cognitive or behavioral strategies”. It was a fair question, perhaps, but through the fog of depression all I heard was: “You have the tools. You know the strategies. Why haven’t you been able to fix yourself?”

That I hadn’t been able to “fix” my own depression was a failure I carried daily, along with a catalogue of others failures: my inability to enjoy motherhood, to breastfeed and to bond with my newborn.

I didn’t go back to see him again. Instead, I was admitted to a mother and baby psychiatric ward, when my son was eight months old. When I tell my story, I’m often asked, “As a psychologist, did you know too much? Did it make it harder to recover?”

In some ways, perhaps it did. By then, I had fudged my way through the Edinburgh Postnatal Depression Scales, administered by busy early childhood nurses. I had minimized just how awful I felt, terrified of speaking too honestly and having my baby removed from my care. It was a delusion that persisted despite having worked in front line child protection, and despite there being no risk to my son. It frightens me now, the complex stories my brain told me when I was unwell – how easily such delusions were accepted as fact.

On reflection, however, it wasn’t that I knew too much. It was the opposite, really So much of the treatment of mental health issues is trial and error – something I experienced firsthand. It was utterly terrifying to realise, on the other side of the desk, just how much about the brain, and psychiatric illnesses, remain a mystery – and the enormity of what we simply do not know.

In hospital I was a guinea pig, a pin cushion, as doctors tapered me off one medication, put me on another, then tapered me off that one too, when the side effects left me unable to parent. It took months, years really, to get that “drug cocktail” just right.

On the “inside” I learned what it meant to be assessed, analyzed, and asked the same questions over and over again. I felt, keenly, how re-traumatizing and depleting it can be, to repeat your story for different clinicians, the way they all probe in slightly different ways and zero in on different things.

But answering all those questions, the exhaustion of it, wasn’t the only lived-experience I took from that hospital stay. I remember one morning a nurse led me into a small room and videotaped me as I a played with my son. I knew what she was doing – I had done the same with parents myself, to assess bonding and attachment during contact visits with their children. Oh how strange, how humbling it was in that moment, to be the observed and not the observer.

While the nurse packed up her camera and told me I was “beautiful” with my baby, I felt ill with guilt and incompetence. Before I had my son I had worked with foster carers and foster children, consulting on complex cases where there were attachment issues and behavioral problems. And there I was, this pale, gaunt, inarticulate version of myself, unable to bond with my own child. How pathetic, I thought. The hypocrisy of it all cut through me like a knife. I felt winded. Exposed. A fraud.

Later, when I read my discharge summary from my time on the ward, one sentence stood out among the usual jargon: “She reports shame about being a mental health professional with a mental health condition, something that prevented her from seeking help earlier.”

It was a truth I’ll always regret

I know now that I simply didn’t – and couldn’t – recognize how unwell I was, that no amount of training could have helped me see the blind spots in my own narrative. But I also know that I didn’t speak up sooner, not just because I was ashamed of having “failed” as a mum, but also out of fear of what it would mean for me professionally. How could I help others, when I couldn’t help myself? How could I heal others when I was so very broken? Would I ever be able to work again?

The brutal reality is that I couldn’t – at least not immediately. After I left hospital, guided by a new psychiatrist, I accepted that I needed to focus on myself, and my family – and to put my own health first. I wasn’t well enough to take care of others, to carry others’ pain, something I’d done, naturally, for as long as I could remember. Maternity leave turned into months of sick leave – something I’m extremely lucky to have had access to – as I navigated the non-linear path of recovery.

Looking back now, I know I suffered in silence for far too long, worried about how my illness might affect me in the future, while failing to recognize that I was drowning in the present.

Please, if you’re struggling, don’t wait to seek treatment. Don’t let the stigma build a cage around your heart. It’s okay for helping professionals to ask for help. No matter how strange or shameful, or awkward it might feel, it’s okay to be the one who needs taking care of, to be a “wounded healer”. We’re only human, after all. And sometimes, that means we break, too.