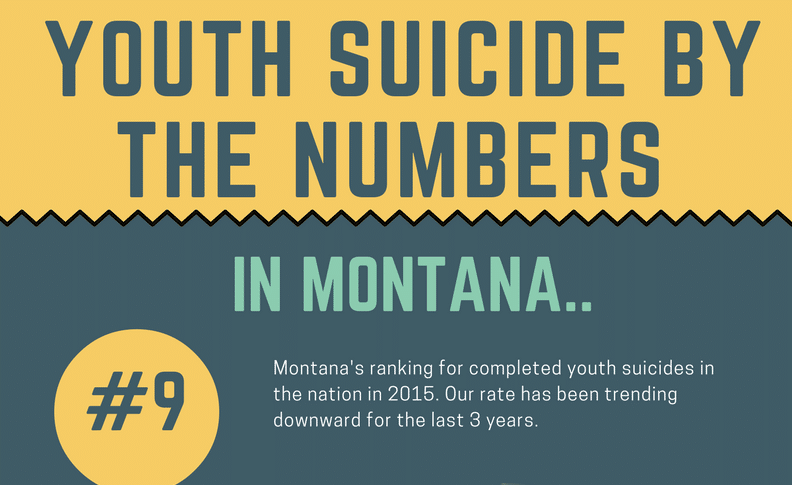 Youth suicide is very big issue in the United States and Montana. Suicide is an epidemic that affects us all, directly and indirectly.

Although the statistics are staggering, the good news is that Montana is making strides forward. Our rate of youth death by suicide has declined since 2012. This is an epidemic that we can fight, by breaking the silence and reaching out to youth who are struggling. Nicole Bergman discussed how to do this a few weeks ago in her post How to Address Concerns of Suicide with Children.

To update you on the most current statistics, check out the infographic below. This visual highlights some of the most important statistics about suicide by Montana youth in 2015. The infographic is largely based on statistics that the American Association of Suicidology released in their 2015 Official Final Data about USA Suicide report.