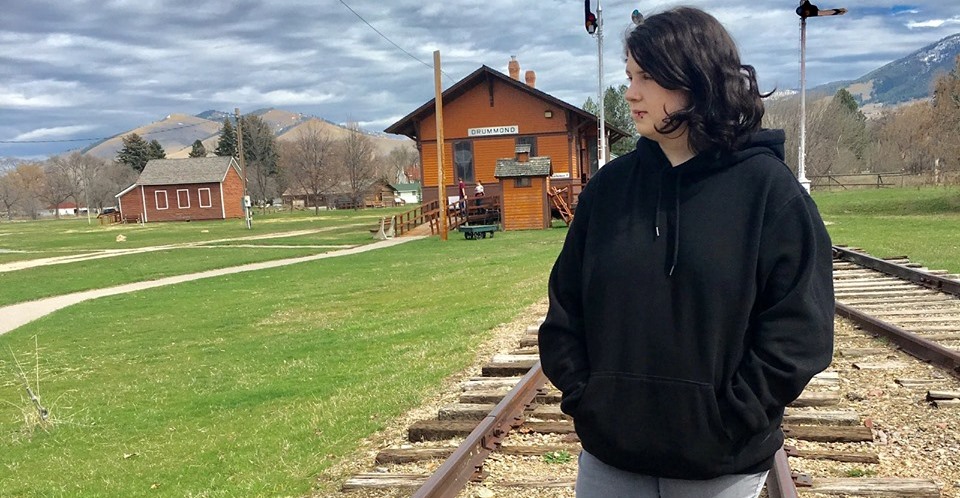 “Depression is like this monster, this invisible monster that just follows you around. I say invisible because you can’t really tell if someone is struggling that way. There have been a lot of people that I’ve known that have actually struggled with depression, and I have been like, wow, I never would have even guessed that you struggled with that. I know that people wouldn’t guess that about me, because I have had people be surprised when they figure out that I struggle a lot with my mental health.

It’s this monster that is invisible to everyone else that is constantly walking behind you. It’s like you are both handcuffed to one another and it’s hard. You have the key if you’ve learned to be able to cope with it. If you have things that help, those are like the keys to open the handcuffs, but it’s hard to ask for help.

It was hard for me to feel better. I hadn’t felt healthy in so long that it was unfamiliar; that unfamiliar feeling was scary. So it’s like the enemy, but it’s also addictive. Feeling so sad for so long becomes your normal. It’s a chaotic monster and a huge mess that just completely prohibits you from being able to function normally. It’s sad, and it’s tragic, and it’s dark, and it’s painful, and it’s exhausting; it’s a horrible chaotic mess.”

Youth Dynamics of Montana9 hours ago
Looking for something to help squash negative vibes? Look no further! Here are 10 of our best quotes on kindness!

That’s So Sweet! Quotes to Promote Kindness
Is today's world weighing you down? Squash those negative vibes with a little kindness! Here are 10 of our best quotes to get you started!
youthdynamics.org
2    View on Facebook

Youth Dynamics of Montana21 hours ago

Youth Dynamics of Montana22 hours ago
Are you called to make a difference? Contact us today to open your home to a child in need. www.youthdynamics.org/get-involved/fostercare/