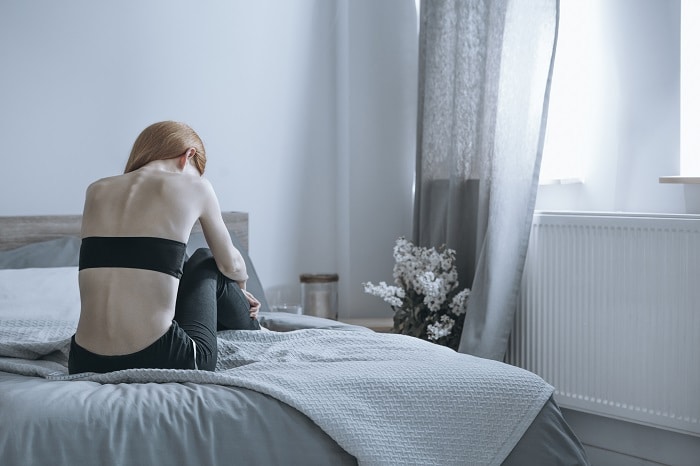 Originally published in The Washington Post
By Kathryn Ferguson

For nearly five months in late 2016 and early 2017, I had a sinking feeling that something was desperately wrong with my 10-year-old daughter, but the doctors and specialists we visited during that time didn’t have any answers. She was in a medical free fall: She couldn’t eat, was losing weight and her hair was falling out. But her only medical complaint was “I’m nauseous.”

I’ve never been to medical school, but after doing a lot of research on her symptoms, I finally diagnosed Norah, my tennis-playing, Minecraft-building, “Hamilton”-singing, school-loving daughter with a non-body-image eating disorder that began just before her 11th birthday. Eating disorders have the highest mortality rate of any mental health condition, which is why every parent needs to know our story.

If I had been asked to list my parenting worries, my daughter dying from a heart attack caused by an eating disorder wouldn’t have made the cut. Norah scoffed when doctor after doctor asked her about body image. “I like the way I look; my body is fine,” she said. “I’m just nauseous.” According to pediatric eating disorder experts, our story is not that unusual.

Most parents are familiar with anorexia nervosa and bulimia nervosa, both of which stem from issues with body image. I learned, however, that there is another type of eating disorder: avoidant/restrictive food intake disorder, which isn’t related to body image at all. Specific numbers are hard to track, because ARFID was introduced as its own diagnosis in 2013, but according to a report from the National Institutes of Health, up to 23 percent of patients being treated for an eating disorder have ARFID. In Norah’s case, she struggled to eat because she was nauseated, which caused her to lose her appetite, making it harder and harder to eat.

How I’m raising my children to have a healthy relationship with food, despite my eating disorder

For other children, ARFID may stem from a fear of choking, vomiting or an aversion to certain food textures or colors. These things can render them unable to eat, and over time their list of “safe foods” may grow more restrictive. More serious than what some would call picky eating, this type of restriction can lead to a serious limitation of both the quantity and variety of foods a person consumes. That can result in not consuming enough calories and nutrients necessary for growth and good health.

Norah’s eating disorder onset was rapid, and she deteriorated quickly. She has always been thin, and from when it started in December to her hospital admission in May, Norah lost eight pounds (about 10 percent of her body weight). Just after Thanksgiving in 2016, Norah developed a sinus infection and immediately after completing a round of antibiotics, she came down with pneumonia. We gave her an aggressive course of probiotics, but we weren’t surprised that her stomach hurt after two rounds of antibiotics in a month. But as January rolled around Norah still wasn’t herself, and she wasn’t getting better.

We went back to the pediatrician’s office and they drew 11 tubes of blood in an attempt to diagnose the problem. The tests showed Norah had a low white count, and some of her other blood markers were off, but didn’t yield a definitive diagnosis. She was worked up by people from the hematology, oncology, rheumatology and gastroenterology departments.

Meanwhile, Norah’s anxiety increased markedly, and she struggled to regulate her emotions. In addition to constant nausea, she was experiencing severe constipation, dizziness, crushing fatigue and body aches and had lost more weight. We also noticed that her blood pressure and resting pulse were dropping. Each test raised more questions but provided no clear answers. By March she was so ill she was no longer regularly attending school and had stopped participating in extracurricular activities.

What made me think my daughter could have an eating disorder? She is a perfectionist, a stellar student and a fantastic athlete. She also battles anxiety and puts a great deal of pressure on herself. I was familiar with the warning signs of anorexia and bulimia in older teens, but none of those markers were visible in my 10-year-old. Her doctors thought that perhaps her nausea was anxiety-based and was contributing to her illness, but not one of her specialists mentioned a non-body image eating disorder.

I couldn’t shake the idea that when I was a child, even when I had a stomach ache, if I’d been offered my favorite dessert I would have tried to eat it. Norah, on the other hand, would stare at the plate. She looked at old favorites and foods that she had eaten just a week before with teary eyes and refuse, saying, “I just can’t, Mom. It hurts too much.” After a month of watching my child refuse to eat nearly everything, I knew that food was the problem, even if the doctors were unsure.

I raised the possibility of an eating disorder with Norah’s therapist, who referred us to an eating disorders specialist. The new therapist saw the problem and expressed to us that it was urgent. We were advised to connect with the University of California at San Diego’s pediatric eating disorder program immediately. That consultation led to Norah’s hospitalization for 30 days, not because of her weight loss, but because her resting pulse was only 41. The doctor explained that Norah needed to wear a continuous heart monitor because her heart, weakened by a lack of nutrition and hydration, was at risk of stopping. Had we not gotten to San Diego when we did, our daughter could have died of a heart attack in her sleep. I was terrified by this news but also relieved that she was getting the treatment she needed.

Norah presented with many of the medical signs of an eating disorder. In addition to struggling to eat, refusing favorite foods and a dramatic reduction in her calorie consumption, Norah had nausea, constipation, low white blood cell count, hair loss, dizziness, lack of restorative sleep and low blood pressure and heart rate. She stopped growing, falling dramatically off her historic height and weight growth curves. She also had several risk factors, including increased anxiety, high academic/athletic achievement and perfectionism. (Other risk factors may include obsessive-compulsive disorder, depression, poor self-esteem, self-harming behaviors and excessive exercise. Children may have unusual food rituals, changes in emotional regulation or other significant changes in behavior.) We continue to meet many families who report that it took too long for their child to be diagnosed with a non-body image eating disorder.

It has been just over a year since Norah was hospitalized. She is medically stable, and her weight has been restored. She has grown five inches and three shoe sizes in a year. Everyone who loves and supports Norah has been delighted with her progress. Recovery from eating disorders can take two to five years and requires a large team of professionals. Norah works daily on her recovery, which includes being monitored by both medical doctors and mental health professionals specializing in pediatric eating disorders.

She is doing well, but she is not completely better. It has been almost two years since I’ve heard my daughter say “I’m hungry” or “Can I have something to eat?” She would still skip a snack or a meal if we weren’t vigilant. Occasionally, she’ll stare at her dinner plate and say, “I don’t know why, but I don’t think I can eat it.” When that happens, we lovingly guide her and use the tools we have acquired to help her finish the meal.

As Norah has gotten older, her eating disorder has been reclassified as anorexia nervosa. I’ve learned that recovery isn’t a straight line, and you need to surround your family with the best professionals you can find. We attend twice-weekly family therapy sessions with an expert in eating disorders. Our days are filled with mini-victories including giggles and belly laughs with her friends. I smile when she devours a cupcake, and we are grateful that the road is slowly getting easier.

This article originally appeared in The Washington Post on August 1, 2018 and was written by Kathryn Ferguson.

This message is only visible to admins.