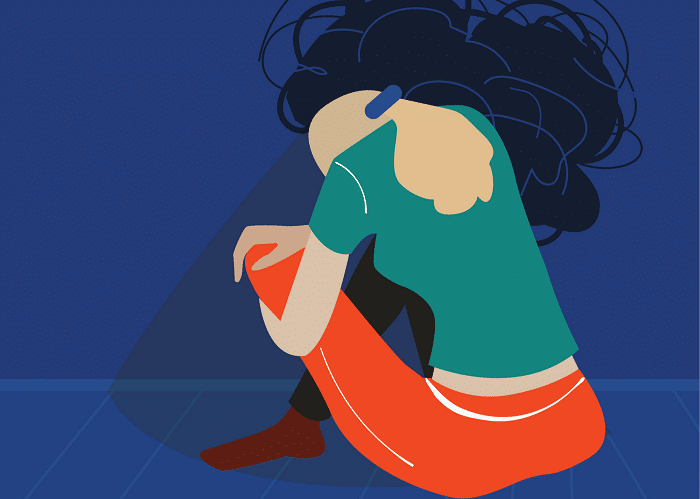 Did you know that World Schizophrenia Day was May 24th? It’s true! And to celebrate, we want to spread a little awareness! You see, the condition affects 1 in every 100 people, yet it is one of the most misunderstood mental health disorders out there.

So, what exactly is schizophrenia? It’s a beast! Really, there’s so much to the diagnosis!

Check out the video below for a general overview of the condition and its causes.

Schizophrenia encompasses a broad range of positive and negative symptoms, including:

Positive symptoms are disturbances that are “added” to a person with the disorder’s personality.

Delusions – These are false ideas an individual may believe. Common examples include the belief of being spied on or of being a famous or religious figure.

Hallucinations – This is seeing, feeling, tasting, hearing, or smelling things that don’t exist. The most common experience is hearing imaginary voices that give commands or comments to the individual.

Disordered thinking and speech – This encompasses moving from one topic to another in a nonsensical fashion. Individuals struggling with schizophrenia may also make up their own words or sounds, rhyme in a way that doesn’t make sense, or repeat things.

Disorganized behavior – can range from having problems with routine behaviors like hygiene or choosing appropriate clothing to unprovoked outbursts and impulsive or uninhibited actions. A person may also appear anxious, agitated, tense, or have constant movement without any apparent reason.

Trouble concentrating – For example, someone may lose track of what’s going on in a TV show they’re watching.

Movement disorders – Some people with schizophrenia can seem jumpy. Sometimes they’ll repeat the same movements over and over again. But sometimes, they might be perfectly still for hours at a time; something called being catatonic. Contrary to popular belief, people with the disease usually aren’t violent.

Negative symptoms are capabilities that are “lost” from someone’s personality due to the disorder.

Often referred to as a spectrum disorder, medical professionals used to breakdown schizophrenia into the following subtypes:

However, today schizophrenia is a single diagnosis with a variety of related disorders. It has a substantial biological component, with the most significant risk factor for developing it being genetics. In fact, immediate relatives of those with the condition often lie within the spectrum, although not so severe it requires treatment.

Below is a list of conditions closely related to schizophrenia.

People with schizotypal personality disorder have difficulty developing close relationships and may hold beliefs not shared by others in their culture. They may also have unusual behaviors and learning difficulties.

People with schizoid personality disorder are often aloof from other people and don’t show many emotions.

People with paranoid personality disorder suffer from paranoia, an unrelenting mistrust and suspicion of others, even when there is no reason to be suspicious.

People with delusional disorder believe things could happen that are highly unlikely. For example, they may think they have cancer despite several negative test results. More so, they have no other psychotic symptoms except those related to their delusion and can function in daily life.

Symptoms of schizoaffective disorder mirror those of schizophrenia but include episodes of depression and mania.

Symptoms of schizophreniform disorder are similar to those of schizophrenia but are present for less than six months. Additionally, people with this disorder often don’t struggle as much to get along with others.

Treatment for schizophrenia is a lifelong process. It’s complex, requiring medication, skill-building therapy, social supports, and frequently community based services. Hospitalization is often needed to ensure the personal safety of individuals during times of peak symptoms.

Perform a simple Google search, and you’ll find a ton of misinformation out there! Here a few common misbeliefs about schizophrenia and people who struggle with the condition.

People with schizophrenia are violent.

Only 3 to 5% of violent acts are carried out by people living with serious mental illness. In fact, those afflicted are more than ten times as likely to be the victim of violent crimes versus the general population.

Bad parenting is what causes schizophrenia.

Years ago, we believed that parents were responsible if their child developed schizophrenia. While there is a genetic component—the disorder tends to run in families—there is no evidence that it is caused by bad parenting. In fact, even if you have a parent who has schizophrenia, your chances of getting it are less than 25 percent.

People with schizophrenia are stupid.

Some people assume that those with schizophrenia aren’t intelligent, but this isn’t the case. Many times, people with the condition are brilliant. Consider the mathematician John Nash. He was diagnosed with paranoid schizophrenia and won the Nobel prize in economics for his scholarly work on game theory.

One reason for the assumption that those with schizophrenia aren’t intelligent is one of the disorder’s symptoms, alogia. Alogia disrupts an individual’s thought processes and leads to the absence of speech or verbal fluency. Those affected may have disorganized speech or memory, but that has nothing to do with their intelligence levels.

Click here to navigate to Mental Health America’s page on schizophrenia. And don’t forget to check out our blog and social media pages! We’re located on Instagram at youthdynamicsmt and Facebook at People of Youth Dynamics and Youth Dynamics of Montana.