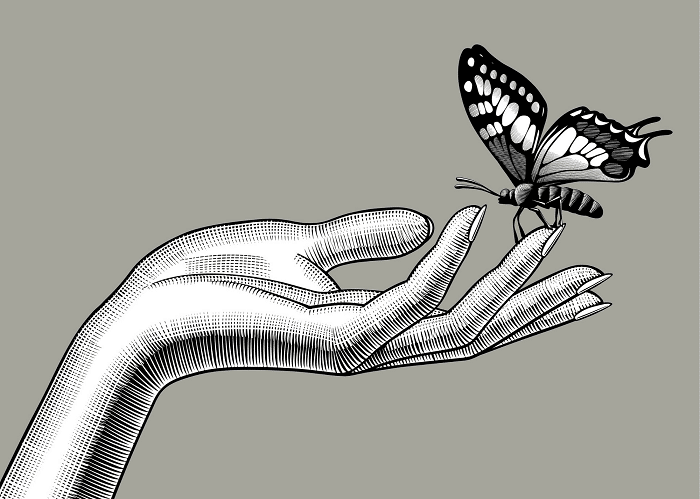 It’s a funny thing, how each day seems to blend into the next. How without even realizing it, we tend to fall into the same patterns, the same routines, and the same dynamics. The truth is, we’re creatures of habit, whether we realize it or not. We find safety, comfort really, in knowing what’s going to happen next- what to expect in our world.

Don’t believe me? Take a step back and look at your life. Chances are, even with the slight variations that come with the reality of our day to day worlds, you hold the same basic routines, carry out the same dynamics within your relationships, and perhaps even unconsciously seek out the same types of people in your life.

Truth be told, I don’t like change. And, it’s not just me, a survey completed in 2010, 68% of people preferred to stay within their routine, not to dare to travel outside of their comfort zones. It’s unfortunate though, really, because there’s a world of possibility that lies just beyond the familiar.

Sadly, however, most of us won’t realize this until our lives’ get unpredictably shaken up, a thought that for many cultivates feelings of extreme discomfort. But, what’s that discomfort really all about? What’s so scary about the idea of change, about mixing it up?

It’s certainly a thought to ponder for a moment, especially given the events over the last several months. Honestly, you’d probably be hard-pressed to find anyone who 2020’s been a friend to.

We’ve already seen a pandemic, recession, murder hornets, world-wide riots, and come dangerously close to an epic world-wide war on more than one occasion.  And, if you don’t believe that all of that uncertainty is scary for people, just look at the stock markets for proof. At just the hint of a possible second wave of COVID-19, the Dow dropped over 1800 points yesterday, a sure symptom of people’s fear of the unknown.

So, with everything going on in our world today, it feels like as good of a time as any to examine what it is about mixing things up that scares us so much. Why is it that we’re creatures of habit, that we have a drive to perpetuate that of which is familiar to us?

The truth of the matter is, for many, the idea of failure can be intensely scary. This fear, also referred to as atychiphobia, can stem from any number of things, including a traumatic experience surrounding failure or even a rigid upbringing. And, for those who do struggle with fear surrounding failure, many are known to be perfectionists, to self-sabotage, and to struggle with self-esteem issues.

It makes sense though, as humans we want to have control over our universe. However, sometimes relinquishing that control and allowing ourselves to be vulnerable can open up a world of opportunity that wouldn’t otherwise be possible.

We all have a need for security– to feel a sense of safety in our world. For many, thoughts of change bring about a flood of fears regarding potential dangers, instead of an abundance of excitement surrounding possibilities. The truth is, we have a much better memory of all the things that have gone wrong in our lives, really, the traumas associated with change, rather than all of the things that have gone right.

This is a normal human reaction, but the truth is that our mind plays tricks on us. Our need for security, dare I even say comfort, can keep us ingrained in some pretty unhealthy situations because they feel safer than venturing into the unknown.

Honestly, the unknown can be quite scary. As people, we don’t like what we don’t know or can’t predict, because it’s inherently risky. We have a need to know what will come next, that our world will provide both psychological and physical safety for us.

Think about it from an evolutionary standpoint, something as small as using resources to forage for food in places that were unfamiliar to us could have had dire consequences. We may have expended resources at no avail or even been eaten by predators.

That being said, every risk associated with the unknown also has the potential for great rewards. So, while the idea of losing your career or the thought of rejection might make you feel like you want to jump out of your skin, there’s real potential for better things lying just outside your comfort zone.

A Sense of Attachment

The truth is, whether we realize it or not, we become attached to our routines– the intricate dynamics that make up our lives. Think about it, have you ever stayed somewhere or with someone when you really weren’t happy? How about continued to ruminate in thought patterns that kept you stuck in a negative space? Many of us have, and that’s at least in part because we’re comfortable with what we know. We understand exactly what to expect, whether it’s good or bad.

In reality, what we do, what we say, our thoughts- they become habit. And, those habits become who we are. If you ever want to grow, to become something better than what you are now, you’ll have to let go of attachments that aren’t serving you. When you let go, you’ll open yourself to a world of possibility which lies just beyond your current grasp.