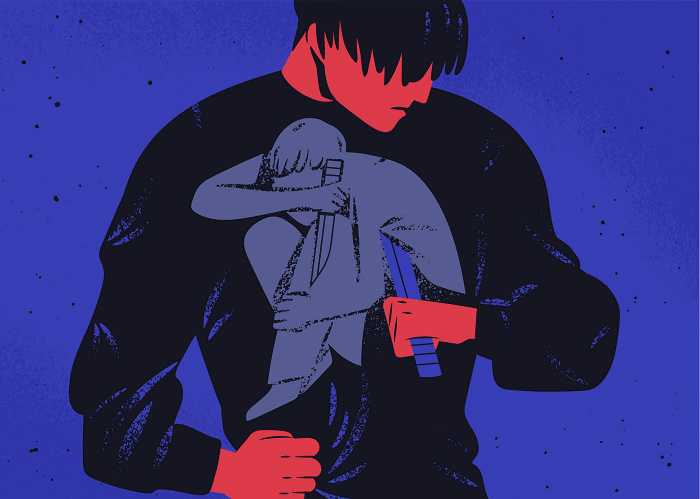 Without a doubt, childhood trauma is a public health issue that’s entrenched in our society. The statistics surrounding the matter clearly illustrate the magnitude of the problem. By age four, 26% of kids will have experienced at least one traumatic event in their lives. But, fast forward into adulthood, and you will find that a whopping 70% of us have had our world’s disrupted by at least one traumatic episode.

Truth be told, you’d be hard pressed to find anyone who’s scathed through life without being affected by trauma in some way. Sadly though, due to stigma, many don’t feel comfortable reporting it or seeking support. So, just know that unless you live in a self-imposed bubble, shielding yourself off from the world, you most certainly aren’t alone in any struggles you’ve faced as a result of it.

However, the stark reality is that trauma, particularly in childhood, has huge consequences for both our individual well-being and that of our nation as a whole. Really, it has a snowball effect- it’s passed from one individual to the next, its consequences building with each generation.

For instance, studies have shown that children who grow up in neighborhoods plagued with violence suffer from PTSD rates similar to that of war veterans. And, that violence perpetuates itself- the trauma that kids experience at its hands clouds their future. In fact, children affected by trauma are fifteen times more likely to complete suicide and nearly three times as likely to grapple with addiction in adulthood.

But, that’s just the beginning. Those children have a significantly higher risk for everything from incarceration to occupational problems later in life.

More so, there’s real financial costs associated with untreated trauma in America. It’s estimated that we spend a startling $458 billion dollars every year on everything from social services to prisons- most expenses of which can be linked to unchecked childhood trauma plaguing our communities.

Meet Analee, a vibrant fifteen-year-old girl, who, like a lotus blossom has bloomed into something beautiful despite a difficult past riddled with devastation. Below is her powerful story of trauma, told in her own words.

“So, I remember when I was five. I remember waking up in the middle of the night to loud sirens. My door swung open and there were red and blue lights outside. I remember being woken up and rushed outside by people in white outfits. I realize now that they were paramedics.

Me and my brother were rushed out of the house, put in a car, and driven to this building. When we got in there, a bunch of pictures and measurements were taken of us. They told us that we were going to be there for a while. They didn’t know what happened with our mom and they didn’t know what happened with our dad. We had no idea what was going on.

The one time I really saw my mom was when we were sitting at one of my appointments and she was there. She looked broken. She had just gotten out of jail. My step-dad decided that he was going to harm her; he was really abusive. She ended up shooting him. He went to the hospital for a month and a half and my mom was in jail. We all know it was self-defense.”

Despite all the trauma she’s experienced- witnessing domestic violence, being removed, being physically separated from her mother and brother- Analee has proven to be resilient. She has excelled in school, at home, and in the community. That’s not to say that her journey hasn’t been a difficult one though. But, despite all of her trials and tribulations, she has shown amazing strength.

She didn’t have to go the road alone though- to navigate through her struggles without support. She had her Care Manager, Chloe Meltzer, by her side, as well as a slew of caring adults in her life.

But, in reality, all it takes is one caring adult in a child’s life to make a difference. And, with wraparound support, no matter how crippling trauma can be, almost any child can overcome it. That’s why it’s so important for children to get help after they’ve experienced trauma, even if it doesn’t seem like they need it at the time.

In fact, without support, the negative effects of trauma can grow on our youth like a weed, slowly overcoming them and zapping the energy they need to thrive. But, what complicates matters is that it’s not always easy to identify when children are struggling as a result of it. The symptoms of trauma can be complex. Really, they can manifest as everything from school refusal, to difficulties concentrating, and even as changes to a child’s appetite.

That being said though, within each of us is the power to make a difference in the future of our children, and subsequently, our nation. Whether you’re a teacher, parent, or even a waitress at a restaurant that an at-risk child often frequents, you have the ability to impact their script.

The time is now to create positive change for the next generation. We can all make a difference, one child at a time.

Please know that we’re here to help if you need us. Each year, we serve over 2,000 children and families through our 30 locations across Montana. If you have a child who needs help, please contact us today through our website or by calling 406-245-6539.