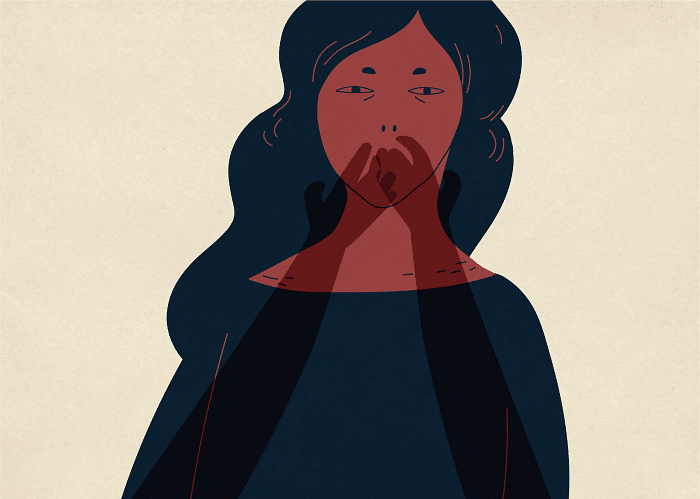 Do you know what it’s like to be different? To be labeled and judged based on a condition nobody can see? I do. 1 in 5 people live with mental illness. And truthfully? I’m one of them.

At twenty-six, I was diagnosed with bipolar disorder. And you know what? Nothing, yet everything about me changed in that moment. I was no longer a person. I was a diagnosis. It’s been over a decade, and still, I don’t talk about it.

Unless you’ve struggled personally, it’s hard to fathom the immense amount of stigma people with mental health issues face. For years, I lived with a constant fear that someone would find out about my condition.

You see, a lot of people make snap judgments based on that label. They assume that I’m damaged, dumb or dysfunctional.

But I’m none of those things. On the contrary, I maintain healthy relationships, hold down a full-time job, and am rounding the end of graduate school with honors.

I’m not broken. I’m no different than you.

So, why am I telling you this? Because I’m not alone. And mental health stigma significantly impacts the lives of people who struggle.

Estimates show as many as 80% of those afflicted won’t seek treatment due to fear of being looked at differently or losing their jobs, livelihood, or the people they care about. Believe me when I say that stigma, prejudice, and discrimination are still pervasive problems.

And the consequences of that are dire. For instance, consider others like me who grapple with bipolar disorder. Roughly 1 in 5 will die by suicide, shorting the average lifespan by up to seventeen years.

Yet, the highs and lows associated with the condition are often treatable with medication. But people don’t seek help. They don’t feel comfortable reaching out to providers, talking to friends or family—They bear the weight of their illness alone.

Pretty sad, right? Below are some of the harmful consequences associated with mental health stigma:

Have you heard of labeling theory? The framework dates back to the early work of French sociologist Emile Durkheim. It proposes that people come to identify and behave in ways that reflect the stigma associated with the labels we stick on them. So, essentially, how we label people impacts their behavior.

But it doesn’t stop there! In the 1980s, the theory was revised to help explain the changes that take place in individuals diagnosed with mental health conditions.

According to the modified framework, cultural ideas associated with mental illness become personally relevant to those who struggle. In turn, they foster negative self-beliefs, ultimately leading to secrecy around treatment and social withdrawal from contacts they perceive will reject them.

A Different Perspective—Focus on Strengths!

What if I challenged you to shift your thinking about those with mental illness? Aristotle once wrote, “No great genius has existed without a strain of madness,” and to a certain degree, his words ring true.

In 2009, researchers found a genetic link between creativity and mental health conditions. Their study focused on the gene neuregulin 1 and saw that those who carry it score higher in creativity and have an increased likelihood of developing schizophrenia or bipolar disorder.

And later, in 2014, researchers found that people working in creative fields were significantly more likely to have — or possess a family history of — schizophrenia, bipolar, or autism.

Still not convinced? Do your research, and you’ll find a host of famous minds who grappled with mental illness, including:

And that list is far from exhaustive! Perform a simple Google search, and the results will shock you! There are so many bright, creative minds afflicted with mental health conditions!

Whether you’re a parent trying to find strategies to guide your kiddos or a social worker attempting to improve outcomes for your clients, people grow best when we build on their strengths rather than focusing on their weaknesses.

And those confronting mental health issues? They’re no different! Mental illness often comes alongside a host of strengths, which too frequently get overshadowed by negative stigma.

We can significantly improve outcomes for those who struggle by taking a strength-based approach. Below are nine guiding principles to help people thrive!

Everyone possesses a uniqueness that helps them evolve in their journey. Unique characteristics include:

What receives attention or focus becomes what we strive for, eventually becoming a reality.

Be careful with your words and language. Our language creates our (and other’s) reality.

Accept change, life, and our world are ever-evolving; don’t resist.

Support others authentically. You will see that your relationships are deeper and more meaningful.

The person is the storyteller of their own story.

Build on what you know to dream of the future.

Capacity building has multiple facets and organizations. Be flexible.

Be collaborative. Be adaptive and value differences.

There’s a ton of misinformation out there that perpetuates stigma! Here are a few common misbeliefs that negatively affect those living with mental health disorders.

People with mental illness are violent.

Only 3 to 5% of violent acts are carried out by people living with serious mental illness. In fact, those afflicted are more than ten times as likely to be the victim of violent crimes versus the general population.

Mental illness is always the result of trauma.

Yes, trauma can aid in the underlying expression of genes linked to mental illness, but its presence isn’t always necessary. For instance, autism, bipolar, and schizophrenia all have strong biological markers! Their roots often run deep into families’ lineages. Moreover, brain scans show physical abnormalities in the structure of the minds of those afflicted.

Poor parenting is at the root of all mental health issues.

Indeed, parents influence their children’s behaviors. And without question, abuse and neglect can aid in developing mental health issues across the lifespan. But many conditions crop up despite our best parenting efforts.

For example, years ago, we believed that parents were responsible if their child developed schizophrenia. However, while there is a genetic component—the disorder tends to run in families—there is no evidence that bad parenting causes it. Furthermore, even if you have a parent with schizophrenia, your chances of getting it are less than 25 percent.

Just look at the list of brilliant minds I noted earlier! Honestly, the idea that people living with mental illness are less intelligent than the general population is a ridiculous notion. Many conditions correlate with genetic markers that show just the opposite.

If you found this article interesting, check out the rest of our blog today, and make sure to follow us on social media. You can find us on Instagram at youthdynamicsmt, and Facebook at Youth Dynamics of Montana, and People of Youth Dynamics. 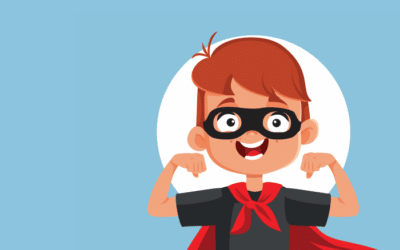 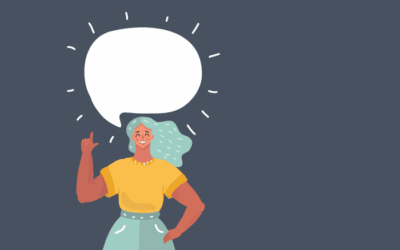